Love Ballet, Love Football – How The Two Exist In My World 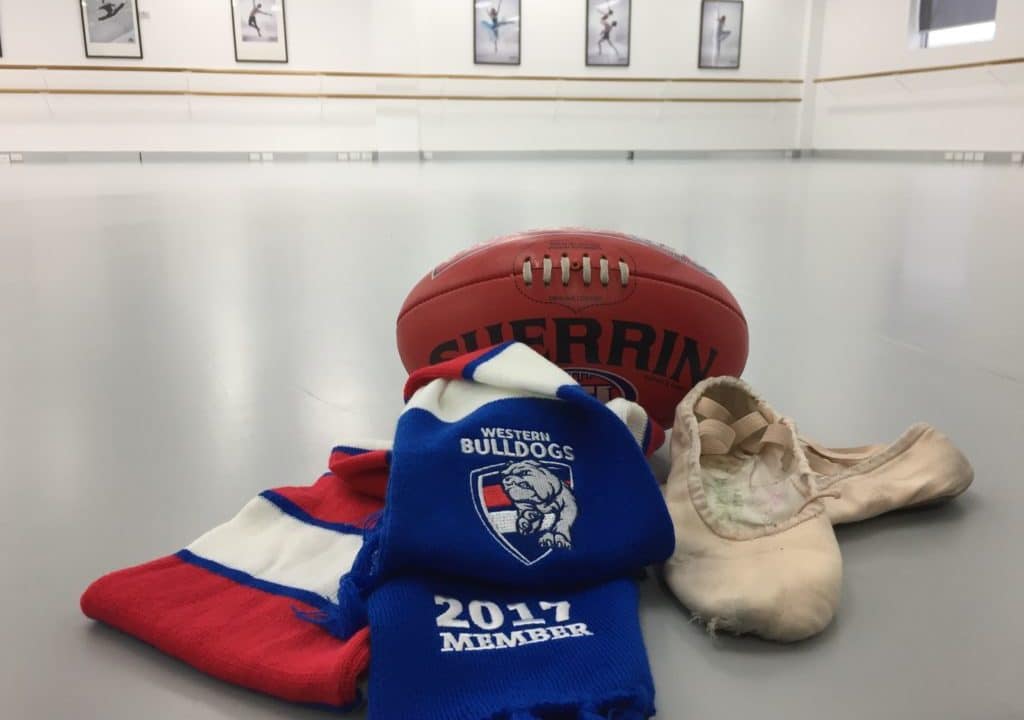 Ballet and football. How could the two share my affections? It’s almost against the ballet code… However, a love for the game has crept up on me. As the finals season rolls out, I reflect on how football found its way in.

As a child in country NSW, I couldn’t give two hoots about football. My mum was an adamant Carlton supporter and my brother barracked for Essendon. I remember the lazy Saturday afternoons (after ballet, of course) on the couch watching my family watching the football wondering why they bothered. My head was usually still filled with thoughts of my ballet classes (I had at least four on a Saturday) or dreams of dancing in a ballet company. In those days (!) football was only played in Melbourne, and was only on TV on Saturday afternoons, so my exposure was minimal. Clearly the love was not instilled at a young age – I thought it was boring!

Fast forward a decade and I had moved to Melbourne to pursue my ballet studies. I completely rejected football at this stage – easy enough to do when you’re not a Melbourne native – and would become horribly outraged should anyone dare compare it to ballet. This happened more often than you would think! People could relate to football whereas ballet was something otherworldly. As far as I was concerned they were opposite ends of the spectrum and never the two should meet!

My turning point was when one of my adopted Melbourne family members invited me along to watch the football with her one afternoon. I found myself being whisked along to the ground, with a mild sense of amusement that I had actually agreed to it. My viewing partner was bedecked in all the team’s regalia, though I had stayed (unsurprising) neutral. I can’t tell you a thing about the actual game. What I can tell you is that the passion, support and absolute commitment my friend displayed that afternoon has changed me forever.

She yelled with the crowd, but not with a sense of hooliganism, but a real understanding of what was happening. She could tell me about the players, not to idolise them, but describe their strengths and weaknesses, and the part that they played in the team. I was surprised and a little bit entranced by her drive for them to succeed. Passion, drive and desire to succeed, these were things that I was very familiar with and they resonated with me in a different way. I decided then that if I had to have a football team this would be the one. That if someone could understand it and feel so passionately about it then I wanted in.

That was twenty years ago. After ten years I became a paying member of the club and last year I watched them win the flag. Thankfully I was on leave from Elancé during the grand final week, as I’m not sure how I would have managed! It’s quite possible that for the first time in my life I might have placed footy higher than ballet, just for one day, well maybe one week.

I don’t go to the footy every week, much to my husband’s chagrin! But I do watch and appreciate the effort, the love and commitment that is shown by the players (most weeks!) because I understand it. It’s how I feel every time I turn up to the studio to teach or participate in a ballet class.

The love didn’t come with a bang, it has been more of a steady creep over the years, and now watching the football is like greeting an old friend. Whilst it will never have a higher place in my heart than ballet, it can safely share a piece of it. 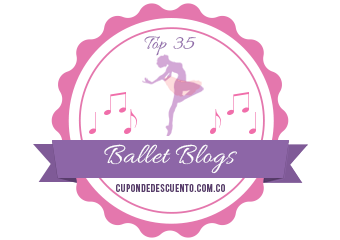